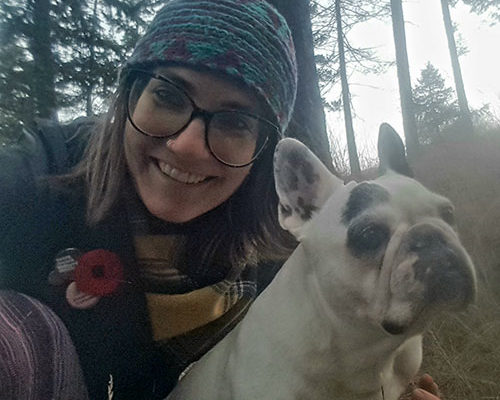 After suffering from depression for over 15 years, Ashley felt like she was at the end of her rope. When she decided to give neurofeedback a try, she came to Neurvana Naturopathic Medicine and has been blown away by the changes she’s seen in herself.

My name’s Ashley. I am from Calgary, Alberta originally and I’m currently living in British Columbia. I’m a teacher on call or substitute teacher, and a forest and mountain type of person.

I feel like I struggled with depression for most of my adult life. I can think of the first sort of episode being the summer before grade 12. And it kind of just became my baseline.

I’d had various bouts of feeling better and then dropping back down really low—probably three or four really dark episodes of depressions in my life.

Of all the things that I tried or didn’t try during that time, I’ve kind of realized that I never really leveled out at what would be a healthy baseline.

It was very rare that I felt like I was really thriving over the last 15 years.

Most of the time it was just going through the motions of life.

Who did you work with before coming to Neurvana Naturopathic Medicine?

I had tried to seek out more classical medical help, especially for my depression. But it was really inconsistent.

A lot of the time it was through walk-in clinics.

That system is not set up for long-term service or for taking a holistic health approach. I found it was just, “Here’s this prescription for antidepressants, make sure you see a counselor.”

There wasn’t really follow-up as to whether that was working. And honestly, none of the times I felt like the medication actually was helpful.

I can totally empathize with people who, because it’s been normal for so long, don’t even have the belief that they can change anything. Because it’s not as though I didn’t make attempts during that time.

It takes a big toll just on your self image and self esteem.

What was your turning point?

I really experienced a minor shock to my system about a year and a half ago. Everything came to the surface, coupled with being totally isolated from friends and family.

My body just went into fight or flight and it could not calm down.

My nervous system just couldn’t cope. I had like two or three weeks where I wasn’t sleeping.

My body was shutting down basically.

What parts of your life were most affected?

Depression started… then there started to be more anxiety with that. And that was really shocking for my system and new because it feels completely different in the body than depression does.

And it wasn’t something that I had experienced a lot of before.

And I couldn’t feel safe in my body.

Everything was overwhelming from the moment I woke up until it would take me almost until bedtime to feel like a level of okayness just existing.

It was very rare that I felt like I was really thriving over the last 15 years. Most of the time it was just going through the motions of life.

I also have been struggling with digestive issues for most of my adult life. And it’s only in the last few years that I have really come to understand myself and my body more, how our systems function, and that those things are so intricately linked.

When I started to really do the research about trauma, I had found out about neurofeedback and sought out Corey and Neurvana Health.

What led you to work with Neurvana Naturopathic Medicine?

I  wasn’t getting to the root of the depression. This had been 15 years and I wasn’t willing to accept that this is just how it is for me.

I really believe that each person is individual, and I don’t necessarily think that like antidepressants aren’t helpful, but for me, the way that they were being used, just it wasn’t helpful for me personally, in a long-term sense.

I sought out Neurvana Health specifically for neurofeedback.

I had been reading a lot about trauma therapy and neuroplasticity, and how neurofeedback has just been really revolutionary and powerful in that.

What I didn’t anticipate working with Neurvana was what would come up around my microbiome and all of the different physical manifestations of being exposed to toxins and molds that’s going on in my body.

That’s part of what’s affecting my depression and my capacity to regulate neurotransmitters like serotonin.

What about our team made you want to work with us?

The services don’t feel forced, which is really nice. The first meeting, I had already filled out the full health questionnaire and health history—which was definitely much more thorough than with any other health services that I have accessed.

And Corey had read through it all and was able to reference things, so it felt like we already had a connection and he had a basic idea of what was going on with me.

We were able to spend all the time in our meeting actually talking about options and testing and what might work for me. And I felt really heard.

We were able to spend all the time in the meeting actually talking about options and testing and what might work for me. And I felt really heard.

It wasn’t this level of just, “Okay you have depression, this is what we’re gonna do about it.”

It was, “Let’s figure out exactly where that’s coming from for you on a psychological level, on a physiological level, and on a biological level. Let’s look at all of the things together, and then we’re gonna come up with a plan that addresses each facet in a complimentary way.”

When you heard how much you would need to invest in your health, what made you decide it was worth it?

For the past few years, I have really decided that I wasn’t going to let finances inhibit me from becoming healthy, because that has been a barrier to me accessing support in the past, for sure.

I decided I can’t stand the cycle—if I’m not well, it doesn’t matter how much money I’m earning or how much debt I’m in.

Looking at how much my work has been impacted in the past because of my depression, it just seemed like the trade off was really worth it for me.

I did the cost benefit analysis: one month of neurofeedback was the same as a week of work.

So, if I’ve missed over a week of work because of my depression, then that cost has already been recouped.

Either way I was going to be doing neurofeedback, I had set aside the funds, I can invest in this, I’m worth it.

Are you a happier person than when you first started working with us?

I cannot say enough how much just the two months of neurofeedback has changed my life. I had forgotten what this level of calm and safety felt like in my body.

Now that it doesn’t feel so terrible all the time, I was like, “Oh my gosh, this is what people feel like every day? This is amazing!”

I think that I feel hopeful for the first time in a really long time about there actually being lasting change. I’m really grateful for that.

What major wins have you received from working with us?

It wasn’t until I started to really radically change my diet, change my lifestyle, and seek out acupuncture and other therapies that I started to see a difference in my digestive health.

Now that it doesn’t feel so terrible all the time, I was like, “Oh my gosh, this is what people feel like every day? This is amazing!”

That’s something that I’m also working on with Corey and the team at Neurvana Health is getting my microbiome back in optimal order so that I can just feel good all the time.

Where would you be if you had not worked with us?

I don’t think I would be alive honestly if I hadn’t started the neurofeedback.

With only the two months of neurofeedback, I am better than I was a year and a half ago. I was constantly on high alert, but now it’s manageable and I do feel hopeful about the future.

I don’t think I would be alive if I hadn’t started the neurofeedback. I think that I feel hopeful for the first time in a really long time about there actually being lasting change.

I actually feel like, “Oh my gosh, I can be thriving and living the way that I want!” Just to wake up in the morning and not feel like I’m instantly going into a panic attack is amazing.

If any of this resonates with you, I would a hundred percent recommend finding a way to access neurofeedback.

I’m not a neuroscientist myself, but it blows my mind because neurofeedback goes against all of the other ways we’re told that we have to heal these psychological processes or these physiological things.

And this was so passive and gentle, which I guess is exactly what I needed. 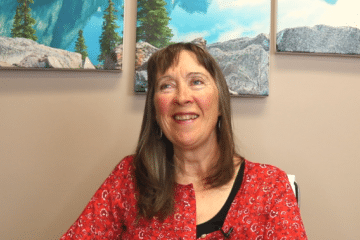