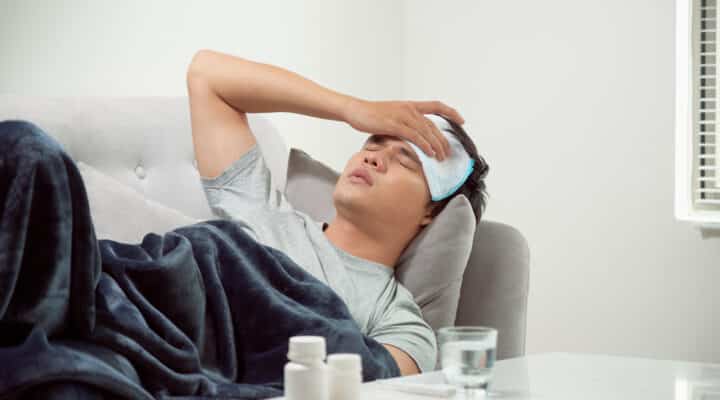 All complex illnesses seem to share quite a curious history, and Chronic Inflammatory Response Syndrome (CIRS) is no exception. Though CIRS recently made headlines as the condition that took Chicago Blackhawks captain, Jonathan Toews, out of the 2020 NHL season, the history of CIRS extends much deeper than that — all the way to a small town in Maryland in 1996.

Today, CIRS is defined as a multisystem and multi-symptom illness that thousands may be genetically predisposed to across the world. When fatigue, insomnia, and flu-like symptoms rear their head to no avail, CIRS may be to blame. Whether you’ve received a CIRS diagnosis yourself, or a lack of a diagnosis has you scratching your head, take a look at the history of CIRS for clarification.

So, what is CIRS, anyway? Chronic Inflammatory Response Syndrome is a syndrome that occurs when a type of biotoxin, like mold, bacteria, or viral infection, triggers an inflammatory response in both the body and brain. Inflammation begins to damage critical hormone receptors in the brain, which ultimately renders it incapable of turning off the inflammatory response.

Inflammation begins to run rampant in response, and impacts every single system in the body — and when I say every system, I do mean every. Most notably, CIRS affects the nervous system, which can trigger a wide range of symptoms from cognitive impairment to shooting pain. However, the effects of CIRS also impact the liver and the gut, causing fluctuating gastrointestinal issues.

If you were curious what a “multisystem and multi-symptom illness” is, CIRS is the textbook definition. There are actually 37 documented symptoms of CIRS, and that’s just to date! The most common symptoms of CIRS include insomnia, fatigue, weakness, and flu-like symptoms. While CIRS symptoms will vary from case to case, here are a few of the most common by bodily system.

Where Was CIRS First Discovered?

The history of CIRS dates back to the small town of Pocomoke, Maryland. A local fish estuary in the Chesapeake Bay developed an infiltration of an organism called dinoflagellates. Dinoflagellates are usually considered algae and are mostly marine plankton — if you’ve ever heard of red tide or seen the ocean glow red, you’re familiar with dinoflagellates — and some can be toxic.

In 1996, a specific genus of dinoflagellate called Pfiesteria entered the fish estuaries and infected the fish, which then infected the water. Anybody that came into contact with the water, drank the water, or was near the water became ill. Symptoms began with significant joint and muscle pain, fatigue, diarrhea, abdominal pains, brain fog and cognitive distortions, and headaches.

Suddenly, hundreds of residents began to express a bunch of nasty symptoms that people would normally show when they got sick…but the problem was, doctors could not find any infection. There were no signs that somebody was infected with a bacterial overgrowth or viral issue. Nothing was able to be found, and a whopping 30,000 people got ill while they waited to learn more.

How Was CIRS First Diagnosed?

With the town of Pocomoke now the epicenter of this mysterious disease, the Centers for Disease Control and Prevention (CDC) was brought in to investigate. The water quality hadn’t changed, and there were no other signs of anything that could have been affecting people. Fortunately, a local family physician named Dr. Ritchie Shoemaker was on the case.

Dr. Shoemaker had developed an interest in biotoxic diseases and realized that a biotoxin (like Pfiesteria) might be behind the sudden outbreak. He began prescribing a binder pharmaceutical cholesterol-lowering medication called Cholestyramine, which helped bind toxins that the gallbladder was dumping into the gut and prevented them from recirculating throughout the body.

People’s diarrhea went away, but not only that, everything else got better for most patients. This greatly puzzled physicians at the time, because this drug wasn’t able to be actually reabsorbed by the gut into the body. And that wasn’t the end of the curious results — there was about a quarter of the population that just wasn’t getting better at all.

Some patients in Pocomoke were still fatigued and having cognitive issues, headaches, muscle and joint pain, sleep disturbances, dizziness and vertigo, and disorientation. They were feeling cold very easily, even feeling flu-like constantly. These symptoms would fluctuate quite a bit, where some days would be a bit better and other days were a lot worse. So, what was the deal?

Where Are CIRS Cases Originating Now?

While there are still many uncertainties surrounding CIRS, fortunately, there are tons of researchers around the world investigating this phenomenon. Today, we now have validated protocols and access to tools and resources to be able to fully understand CIRS. We now know there are over a dozen different causes for Chronic Inflammatory Response Syndrome — and counting.

In the late 1990s, we discovered that Lyme and co-infections were a trigger for the CIRS response. Throughout 2006 and 2009, we learned that water-damaged building (WDB) exposure was also capable of causing it. Since our modern-day buildings are built in square, box-like structures without proper airflow and most wooden building materials are recycled, drywall and particle board can develop microorganisms within just 30 minutes to 3 hours.

Step one in a WDB is always to remove and replace the material. Unfortunately, endotoxins from bacteria due to gray and black water damage can float around. They have a half-life of 20 years, so if there’s been water damage that has been remediated, these toxins can float around in the air for anywhere from 20 to 60 years before the building reaches a medically-acceptable level.

Moreover, we’ve learned that 25% of the population is genetically susceptible to contracting a biotoxin-related disease. People could get exposed to a water-damaged building, move out of their house or change their workplace, and yet they still didn’t get better, even though they were away from the exposure. So, in 2009, the World Health Organization put in a medical consensus standard on water-damaged buildings to protect a very substantial proportion of the population.

But was that enough to limit CIRS cases? No, and in 2016, we discovered that most people with post-concussion syndrome actually have CIRS and the concussion was the trigger for it! The newest kid on the block is COVID — post-COVID syndrome is actually a form of CIRS. The more agents we find actively causing CIRS, the more we are able to make productive diagnoses.

What to Do if You’re Expressing CIRS Symptoms?

If you’ve learned anything from this blog today, it’s that you don’t need to go swimming in an algae-ridden pond or live in a home with visible mold growth to develop CIRS. Most people are unknowingly exposed and absorb toxins — or catch COVID or suffer a concussion — that ultimately triggers long-term inflammation.

If you’ve been experiencing a wide range of symptoms and have yet to find a solid diagnosis, it might be time to investigate CIRS. Here at Neurvana Naturopathic Medicine, I’ve taken courses by Dr. Shoemaker, the physician at the forefront of early CIRS care, and am ready to help you find a solution. You can even take one of Dr. Shoemaker’s tests to identify the biomarkers of CIRS in office.

It’s been a journey to discover and diagnose CIRS, but we know more now than we ever have before. If you believe you may have CIRS or have received a CIRS diagnosis, discover how naturopathic treatment can help. 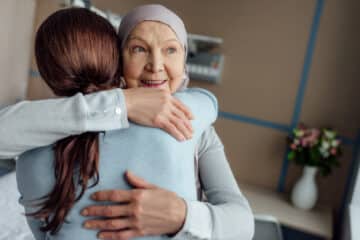 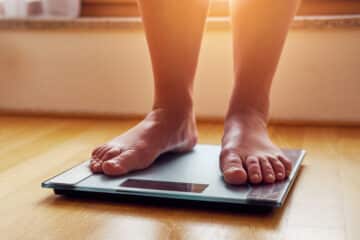 Can Hormones Affect Your Weight?

What is Mistletoe Therapy in Cancer Care?