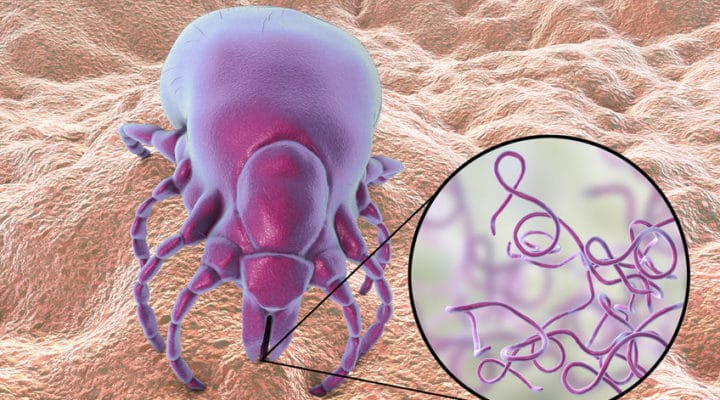 What Are Lyme Disease Co-Infections?

If you have been diagnosed with Lyme disease or you’re concerned that you have it, chances are you know how difficult and frustrating the journey to recovery can be. For many health providers, figuring out the complexities behind Lyme is about as easy as finding a green thread in a mile-long strip of grass. It can seem impossible!

If you have been suffering with symptoms and you can’t seem to get the right answers, you are not alone. People are often misdiagnosed and told they don’t have Lyme, even though they suffer with symptoms that are indicative of the disease.

If you are caught up in this Lyme complexity, we understand what you are going through and we salute your tenacity. You are willing to research and fight for your recovery even though mis-information may be impeding your progress at every turn. Plus, it’s scary to have to put your health in your own hands (even if you are a master Google searcher who stays away from Facebook diagnoses and wannabe experts!). You’re tired and you want to work with someone who understands your issue and can help you achieve long-term recovery.

This article will outline what could be going on in your body and how to get the answers you are looking for.

Why is Lyme Disease so Difficult to Diagnose?

One of the reasons why Lyme disease is so difficult to pinpoint is because of what we call co-infections. When you have a co-infection, it simply means that one tick gave you more than one infection at the same time.

To explain this, let’s step back a little. Lyme disease was discovered in the 1980s in the town of Lyme, Connecticut, hence its name. Borrelia burgdorferi was identified as the bacterial species behind the disease. But since then we know a lot more about the complexities that come with Lyme (aka co-infections).

Here’s the problem: False-negative Lyme tests are prevalent because they don’t consider co-infections. If you get a test for Lyme that only isolates Borrelia burgdorferi, yet you have other co-infections, you may still get a negative diagnosis even if you are highly symptomatic.

Here’s the problem: False-negative Lyme tests are prevalent because they don’t consider co-infections.

Bartonella: One of The Most Common Lyme Co-Infections

Bartonella is one of the co-infections we see most often with Lyme disease. It is a tiny intracellular bacteria (it likes to go inside our cells) that affects our red blood cells. If you have bartonellosis (what it’s called when you are infected with Bartonella), your symptoms may include:

Your bloodwork may also show anemia if you have bartonellosis because of its effect on red blood cells.

The problem with Bartonella is that it is easily activated but difficult to eradicate in the body. It also causes chronic symptoms.

Other Lyme Co-Infections From Ticks (And Other Bugs)

Ticks aren’t the only insects that transmit disease-causing pathogens. Sandflies transmit a bacterial co-infection called Ehrlichia, which causes ehrlichiosis. This is also called canine rickettsia (it’s a  infection) because you see it a lot in dogs, even though the human form of this infection is transmittable.

Babesia is similar to malaria as it’s an intracellular parasite (parasites that like to live in cells). Even though it’s similar to malaria, it doesn’t cause the same intensity of symptoms, yet its symptoms mimic that of Bartonella because it affects your red blood cells. You may even experience nerve pain along with one of the telltale signs of Babesia, night sweats. Similar to Bartonella, if symptoms become chronic, it can also be difficult to take care of.

How to Find Out What Co-Infections You Have

Unfortunately, it’s impossible to figure out what co-infection(s) you have simply by evaluating your symptoms and interactions. This is because of symptom overlap among co-infections. Also, as we mentioned previously, it’s typical to get more than one co-infection, another reason why diagnosing solely on symptoms is not recommended.

The best way to test for co-infections is to use antibody testing and PCR testing. At our Neurvana Health clinics in Calgary and Red Deer, we work with a lab in Germany called Armin Labs. This lab uses Elispot and ImmuBlot testing which is a form of provoked immune testing. This type of testing is essential for detecting stealth microbes like Lyme and co-infections because these pathogens are so good at evading the immune system, it makes them difficult to detect.

Because of these reasons, we don’t recommend using at-home test kits to test for the presence of Lyme + co-infections. Accuracy is only possible with the type of provoked immune testing we offer at our facility. If you want to get tested for Lyme, choose a facility that offers testing that can detect Lyme and its co-infections with accuracy.  If you have any questions about testing, we’d also be happy to get on a call with you to discuss this more.

Sometimes You Have to Take Matters Into Your Own Hands

One of our clients, Pam Purnell, was diagnosed with fibromyalgia and depression but her debilitating fatigue was stealing her life and she needed answers. She knew there was something else going on and that she wasn’t “crazy” for wanting to dig deeper into what was causing her symptoms. After searching for nearly a decade, she became a client of Neurvana Health in Calgary, Alberta and she now understands what the problem was—she had been dealing with mold and Lyme. With her new lease on life, she is now on a road to recovery and feeling more stamina and energy than she has in years.

Another reason why Lyme disease has become such a taboo subject is because a lot of the Lyme research has been done rather quickly, so doctors haven’t had a chance to get educated and catch up to the research. Thankfully, the Center for Disease Control in the US is now admitting that Lyme disease (along with its diagnosis) is a problem, so more resources are available than ever before.

When helping people with Lyme co-infections, especially those who have become chronic, we also have to look at what we call dysbiotic infections AKA dysbiosis. If a co-infection is dysbiotic, it only grows or proliferates when given the opportunity. These are also known as opportunistic organisms. If the infection isn’t activated, it won’t produce symptoms and your immune system can keep it at bay.

Did you ever think that a car accident or concussion could activate a bacterial infection? What about mold toxicity? What about emotional trauma?

Each of these instances, and more, can cause infections to activate. These instances all create the ‘opportunity’ for these organisms to proliferate. So it’s important to understand that just because you identify the specific co-infections you’re dealing with, it doesn’t mean that you will get better, that is, until you address underlying immune issues.

Immune dysfunction gives these infections the opportunity to express themselves in your body and cause symptoms.

The path to recovery should also involve looking at what has caused your body’s immune system to experience dysfunction and become imbalanced.

So, the path to recovery should also involve looking at what has caused your body’s immune system to experience dysfunction and become imbalanced.

This is good news! If you’ve been dealing with co-infection symptoms and your current protocols aren’t helping, it’s likely you are missing something that is causing your immune system to fall out of balance. Instead of focusing solely on the type of infection, addressing immune challenges can make a world of difference.

“Can’t I just kill the co-infection species that are causing my symptoms?”

It’s a great and valid question and one you probably have been asking for a while now. It’s likely you haven’t found an answer though because there are differing opinions on whether or not we can completely eradicate these infections from our bodies.

But what we know to be true here at Neurvana Health is that as long as your immune system is functioning properly, you can keep the infections in remission, which means you will not be symptomatic.

A lot of factors regulate our immune system: gut function, hormones, emotions, diet,  neurotransmitters, to name a few. Any one of these factors, if not addressed, can throw our immune system out of balance.

You could also be carrying Lyme co-infections without even realizing it. Many people are carrying infections but they’re asymptomatic. If you do test positive for an infection and you are not symptomatic, we recommend thinking about prevention since co-infections can cause long-term chronic illnesses such as cardiovascular disease, autoimmune conditions, and Alzheimer’s disease.

There Is An Answer…

If you have Lyme disease and related co-infections or you suspect that you could be dealing with it (even if you received a negative diagnosis), it’s important to work with someone who looks at your body holistically and assesses the underlying function that may be causing these co-infections to activate.

If you are struggling to get answers and achieve the healthy life you deserve, we’d love to chat. We’ve helped clients around the world get long-lasting recovery from their chronic health issues by addressing the root cause of illness. Reach out to us here and one of our trained health advisers will get on the line to talk to you. We look forward to hearing from you. Be well!

Want to recover from Lyme?