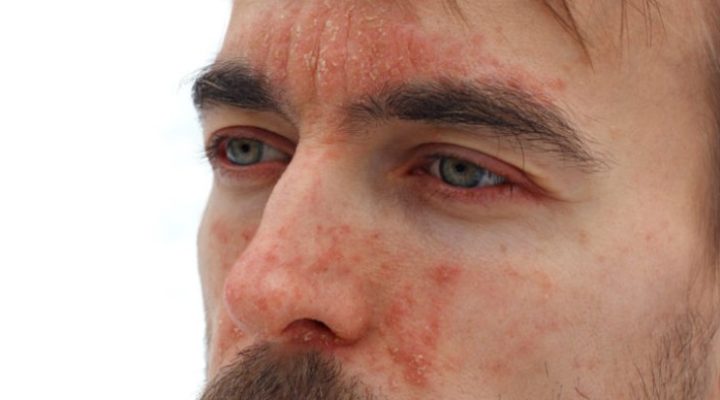 Lupus, irritable bowel syndrome (IBS), and psoriasis. At first glance, one of these conditions is not like the others. However, all three are considered auto-immune disorders—even a skin condition like psoriasis.

Psoriasis is not a skin-deep issue. In fact, psoriasis triggers can run rampant in your gut and hide among your hormones. If you’ve been fighting an uphill battle with your psoriasis, it’s time to visit a psoriasis naturopath in Calgary to get to the root source of your condition.

What is Psoriasis and What Causes It on the Skin?

While psoriasis is often characterized as a skin disorder, it’s actually an auto-immune response expressed through your skin. Something in your environment or within your immune system itself triggers an inflammatory response, which causes new skin cells to form rapidly. So, instead of replacing old skin cells every 10 to 30 days, those with psoriasis create new skin cells every three to four days. The buildup of old skin cells being replaced with new cells creates the white and silvery scales we associate with plaque psoriasis.

Other common psoriasis conditions include pustular psoriasis, which creates tiny pustules on the palms of your hands and soles of your feet, as well as psoriatic arthritis, which causes pain and swelling in your joints. Several factors influence psoriasis, including genetics. Doctors suggest psoriasis commonly runs in families but is prone to skipping generations—meaning yourself and a grandparent may have problems with psoriasis, but your mother or father may not.

Are Their Known Psoriasis Triggers to Avoid?

There are several known triggers of psoriasis, the foremost being an auto-immune activation. Something within your immune system triggers an inflammatory response, whether it be thyroid issues, Hashimoto’s, or an alternate auto-immune condition. You can elicit a similar autoimmune reaction from certain foods in your diet. A food sensitivity or intolerance to an ingested allergen can trigger an inflammatory response which is expressed through your skin.

Other contributors to psoriasis are hormonal, genetic, and environmental. A hormone imbalance as well as a genetic predisposition to psoriasis can significantly increase your chances of triggering a psoriasis flare-up. Likewise, heavy metals and mold in your environment can increase the overall toxicity in your body, leading to an inflammatory response.

Doctors have noted other known triggers of a psoriasis outbreak, including:

How Can a Naturopathic Dr. Control Psoriasis Flare-Ups?

Naturopathic Doctors targets the root cause of your disorder, instead of putting a band-aid on your problems. Psoriasis triggers are located beneath the skin, so what good is only treating the outer layer of your dermis or continually taking medication to mask your symptoms? Naturopathic therapy is successful in treating auto-immune conditions such as psoriasis because it treats the source of psoriasis, giving you clear skin from the inside-out.

Step One: Determine Your Psoriasis Triggers

Before beginning therapy programs, a psoriasis naturopath in Calgary will complete a variety of testing to reveal the root source of your condition. Is your psoriasis genetic or hormonal? Is it triggered by an allergen in your environment, such as mold, or is it something you’ve eaten, such as dairy?

Testing services which can help locate the cause of your psoriasis includes:

A psoriasis naturopath in Calgary can introduce several natural ways to treat your condition. Because 70 percent of your immune system is in your gut, your Naturopathic Doctor may choose to begin with a gut-healing protocol. Generally, this includes working with a holistic nutritional therapist and examining your brain-gut connection.

Your naturopath may work to eliminate potential toxins you’ve absorbed from your environment using blood cleansers, as well as introduce a routine of botanical medicines, herbs, and supplements. Nutraceuticals and a change in diet can be massively helpful, especially if your psoriasis was triggered by ingested allergens. Most importantly, psoriasis naturopathic doctors in Calgary will customize your therapy programs to reflect your unique needs.

What is the difference between psoriasis and eczema?

Doctors believe the largest difference between psoriasis and eczema is how they present themselves on the body. Psoriasis is oftentimes scalier or patchier, and is more localized, whereas eczema can just show up anywhere. Likewise, psoriasis is generally the result of excess skin cell growth caused by inflammation, while eczema can be triggered by a natural lack of protection from irritants.

Does psoriasis ever go away on its own?

If you’ve been battling psoriasis with no luck, it’s time to visit a psoriasis naturopath in Calgary. No more medication and no more painful outbreaks—get to the source of your psoriasis with the help of Neurvana Naturopathic Medicine today.