How Dr. Nelson Became Our Resident Iron Man (Champ, That Is!) 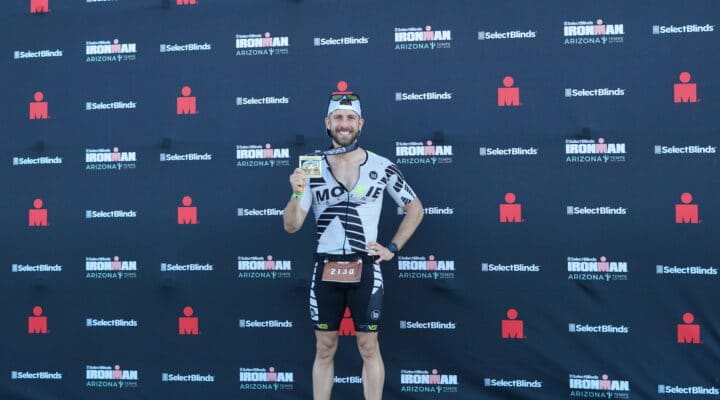 As a Naturopathic Doctor, I’ve gotten pretty accustomed to people calling me anything other than my first name. Doctor, Doc, you name it — but Iron Man? That’s a new title! While I might not have a full suit of body armor waiting in my office à la Tony Stark, I do have seven Half Ironman Triathlon distance races under my belt… and for that, I’ll gladly take the title of resident Iron Man.

Each day, I speak with patients who have had to put their athletic ambitions on hold due to an illness or injury. I’m here today to explain how I found my way into Ironman races, and how I keep my body healthy throughout months of rigorous training. If you’re an athlete yourself or have dreams of competing in a race of your own, these tips for training and injury prevention might help.

The Dare that Kickstarted it All…

So, how did I become interested in Ironman Triathlons in the first place? Well, my history with races actually began with a dare to my brothers. I’m the second-youngest in a family of four boys, and we all did Kids of Steel Races between ages 8 and 12. The four of us grew up active and all swam competitively, but we played different team sports, like volleyball and water polo.

Soon, high school turned into college, and triathlons turned into textbooks. We all found ourselves a little more inactive than we would’ve liked post-college, so I decided to pose a little challenge to my brothers to see who would want to do a Half Ironman Triathlon. My two older brothers accepted my dare, so the three of us signed up for a Half Ironman race in California and started training that fall.

The race was in July of the following year, meaning we had practically nine months to train — until my eldest brother gave up just three weeks into training! My other brother and I trained for the next three months together… until he gave up, too. I’m too stubborn, so I still decided to go for it. I proceeded to have an epic day of failure, cramping, and awesomeness that hooked me into the world of triathlon for good.

… And the Races I Have Competed In Since

If anybody here is a triathlete, you know it can be really addicting. After my first race (which definitely wasn’t my strongest) I picked up triathlon as my main sport for the next six years. Since then, I’ve done seven Half Ironman races. Also called Ironman 70.3 in reference to the total distance in miles, a Half Ironman involves a 1.2-mile swim, 56-mile bike ride, and 13.1-mile run.

I took nearly a two-year break from races between May 2019 and September 2021, namely in part to the pandemic. My first race back was in Calgary, in Rocky View County; and then I headed to the States for two Ironman 70.3 races, one in Phoenix and another two weeks later in Indian Wells. My most recent event was also my first full Ironman distance race in Penticton.

It’s been a blast to get back to racing and competing, and being surrounded by an entire community of like-minded athletes. I’ve done some local races and fun runs, along with some smaller triathlons around North America. I’ll admit, I am usually a bit nervous, but I’ve learned to turn those jitters into nervous excitement — which always has me coming back for more.

How You Can Also (Safely) Train Like an Iron Man

Triathlon training can be hard on your body if you’re not smart about where you’re using your energy. Right now, 60% of my training is a lot of biking, simply because it’s the easiest thing to get in. I can commute to work, so I bike a lot to and from work. Not to mention, because pools are finally open here in Canada, I’m also swimming about twice a week.

Before the pools were open, I was putting on a wetsuit, thermal hat, thermal gloves, and thermal booties, and jumping into the cold water lakes here in Canada to get my swim training in — which was not ideal. Now that pools are back, my training schedule consists of a few days of mild strength training, two or three days of swimming, four to six days of cycling, and usually three runs in a week.

Tips to Prevent Injuries, As Told by a Naturopathic Doctor

Here’s a tip straight from a naturopathic doctor: Injuries rarely come out of the blue. Something I’ve learned through my experience with endurance sports is that there’s always a type of clue that an injury is on the horizon, whether it’s some calf tightness or one leg that takes a little bit longer to recover from a workout than the other side.

The best injury prevention you can do is to notice those little changes. Take care of them with stretching, foam rolling, and massage, and back off the training just a little bit — or dig into the type of training you’ve been doing to figure out what’s pushing your body to a breaking point, before it actually breaks. Nine times out of 10, it’s a training error that causes that injury.

Earlier I mentioned that I bike a ton since it’s easier, however, it also poses the least injury risk for me. I have a higher rate of injury when I do too many miles running, and I learned that from a recent Achilles tendon injury. I didn’t listen to my body and pushed through workouts, not giving enough time to recover between hard workouts. And with running, specifically, you pay the price.

The simple reason for that is because tendons take a lot longer to recover than your muscles do. Your muscles might feel pretty good the day after a workout, but the tendons probably won’t recover from that initial run for about 72 hours. If you’re working around a busy schedule (or you’re impatient like me) and you run back-to-back, you risk injury. The bottom line? Rest up!

Are you an athlete or want to become more athletic?

If you’re interested in learning more about me and my athletic journey, or want to get yourself out of pain and prepare for a race of your own, book a discovery call today. 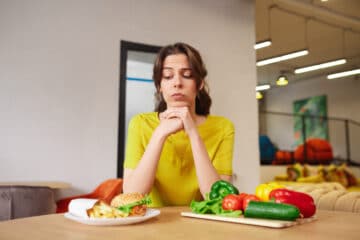 How Does Nutrition Affect Injury Recovery? 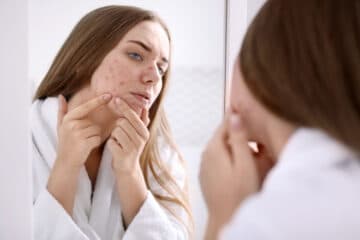 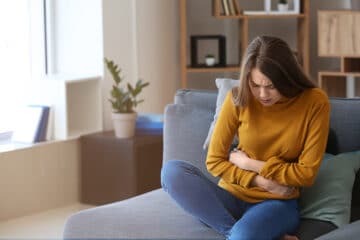 How anxiety is linked to your hormones