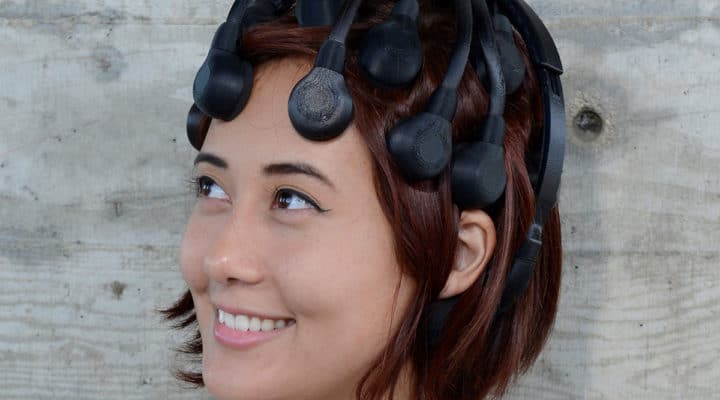 QEEG Brain Mapping: Getting To The Root Of Chronic Conditions

The term qEEG stands for quantified EEG or electroencephalograph. It’s a non-invasive technology that evaluates brain function based on electrical activity and communication between different hubs and networks of the brain. The assessment is based on statistical analysis and comparison to a normative database.

Whew! What a mouth-full right?

Let me break it down for you; an EEG is a special scan of the brain assessing it’s electrical impulses using 19 sensors placed on the scalp, much like Professor Xavier’s fancy “Cerebro” from X-Men. Those electrical impulses are how our brain communicates with itself as well as the rest of the body.

The headset transmits that electrical activity to a computer and once a certain amount of data is obtained, it can be placed through a variety of algorithms to obtain measurements for brain functionality.

This means that with a high degree of accuracy qEEG brain mapping can identify the root cause of health challenges in a short amount of time.

How is it different from MRI or CT scans?

Since structure does not always change on a macroscopic level with these issues, MRI and CT scans cannot generally see them. Most of these scans come back ‘normal’, even though brain function may be severely disrupted.

The remarkable aspect about QEEG is that many dysfunctional patterns found within the brain can be shifted towards a norm, based upon z-score databases, via use of various neuromodulation and neurofeedback techniques to increase brain and neurotransmitter functioning.

This is where the excitement begins and where we can see symptom improvement and increased ability to self-regulate. Neurofeedback has even shown evidence of promoting changes in white and gray matter of the brain, which is a substantial finding (Ghaziri, et.al. 2013).

The term quantified is a fancy way to describe a data analysis of the information gathered during the scan. The data generated is often called a brain map because it looks like a literal map of the brain. A qEEG is in fact a brain map; they are one in the same and the terms are often used interchangeably. From this point forward when I refer to a brain map report I am also talking about the qEEG but we will keep it simple by just referring to it as a brain map.

The brain map generates a report that serves as an objective, snapshot of your brain function at a given time. We are able to determine how the brain is communicating to and from distinct brain regions while showing any disruptions in those pathways.

Figure 1. Above are brain maps from the same client. The left side illustrates baseline or intake brain functioning, while the right side illustrates brain function 20 sessions post-neurofeedback. The columns represent different brainwave frequencies. Moving from left to right (or lowest to highest frequency), they are: delta, theta, alpha, beta, & hi-beta. Each frequency serves a different purpose. Simply speaking, the further one’s activity is from the norm color (white) the increased probability there is for brain dysfunction. This client presents with extreme anxiety (seen in increased beta and hi-beta in the frontal regions). The bottom 3 rows show communication metrics between different electrodes. The more lines that are displayed, and the thicker the lines are, the more disrupted communication is. You can see the substantial improvement between the map on the left (pre-neurofeedback) and the one on the right (post-neurofeedback).

These disruptions help us link brain function to any number of symptoms whether they are physical, mental or emotional in nature. We can identify the relative and absolute power of the specific frequencies our brain uses to function throughout the day – showing us where resources are being under or over-used. At Neurvana, brain mapping is pivotal in directing our treatment approaches, acting as a North Star to identify what may be underlying your presenting symptoms.

This illuminates the ability to create neuroplasticity and re-wire the brain, using qEEG-guided neurofeedback. This provides significant hope for those suffering with brain-related illnesses ranging from anxiety to head injury, emotional trauma, chronic infections, and more.

This image is a screen capture of a LORETA (low-resolution brain electromagnetic tomography)neuro-image showing elevated activity in anterior cingulate and medial-prefrontal cortex regions. This illustrates the ability of QEEG to reveal less than ideal functioning from deeper regions within the brain. LORETA is capable of viewing voxels, much like an MRI.

At our office we believe time is precious and, both yours and ours, which is why a brain map is needed before any treatment can be administered to determine exactly what needs to be addressed.

Think of it like this – after an accident such as a fall, an x-ray is completed to determine if surgery is needed to repair a broken bone. Would you feel comfortable going into surgery without first having an x-ray to determine if that surgery is even needed? The brain map is like the x-ray completed before the surgery – we need to see what we are dealing with before a course of action can be administered.

“Corey is a invaluable resource and wealth of information!! My dad had been struggling with some symptoms and one suggestion from Corey and he was feeling better in hours. I realize this is a unique situation and doesn’t speak to the complexity of many cases and symptoms people struggle with but I know had my dad gone to his GP, she never would have put the puzzle pieces together. I’ll be forever grateful to Corey and the depth of knowledge he has and is able to draw from.”

Get to The Root Of You Health Problems

Do you think a qEEG can help you get answers to your un health problems. Book a 30 minute complimentary call with a health adviser to find out.